Games are a good way of allowing children to practise and apply what they have learnt while having fun. Thinking of introducing games from around the world? How can you use these games to reinforce numeracy concepts?

Find out in this lesson idea how you can use games from around the world to provide opportunities for children to practise comparing the quantity of two groups of objects and determining the difference between them. Children will have opportunities to explore THREE learning areas through an integrated approach in this learning experience.

Children will be given opportunities to:

#1 Talking about games from around the world

Get children interested in the different types of games played in other countries.

1.      Show pictures or photographs of the different types of games and bring in the objects that are used in the games (where applicable).

Examples of games include:


Examples of picture cards that illustrate games from around the world (clockwise from top left):

Children discussing and guessing how the games are played

Provide opportunities for the children to try playing two or three games. Have them record their scores and compare their scores to determine the difference between them.

For example, set up game stations around the classroom and let the children take turns to explore the games in pairs. 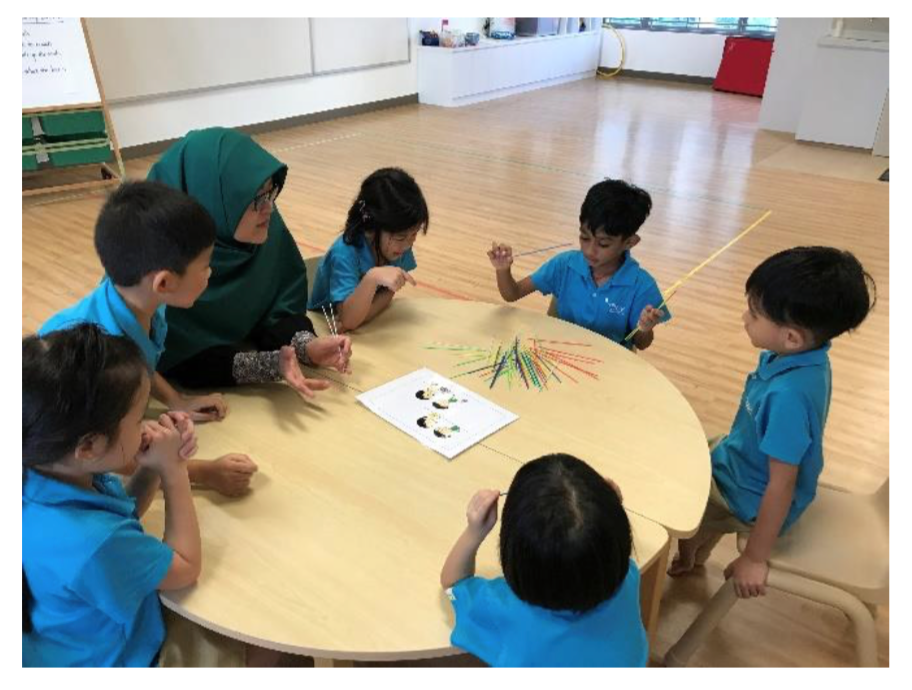 #3 Deciding on their favourite game

Having children vote for their favourite game provides opportunities for them to apply what they have learnt about comparing the quantity of two groups of objects and determining the difference between them.

Suggested questions that you can use to prompt the children include:

Voting for their favourite game