Through this project, the children were given opportunities to:

1. Finding out about the cassowary

While talking about the topic of animals around them, the children expressed interest to find out more about birds. The children took particular interest in flightless birds, especially the cassowary as it has unique body colours. They showed eagerness in finding out more about this special bird.

The children recorded their observations based on what they had read, seen and listened through drawings and writing.

The children also explored moving like a cassowary during a Music and Movement activity. The movements included
pecking of the neck, stretching of the legs and wobbling of the head.

The children then played a relay game where they used different body movements to express the different stages of the cassowary’s life. For example, the cassowary hatchling was depicted by placing their fists under their underarm while the adult cassowary was depicted with their palms faced up on their head as they walked like a cassowary.


To give the children an authentic learning experience, our centre partnered with Wildlife Reserves Singapore who tailored a workshop for the children and arranged for them to have a personal encounter with a cassowary 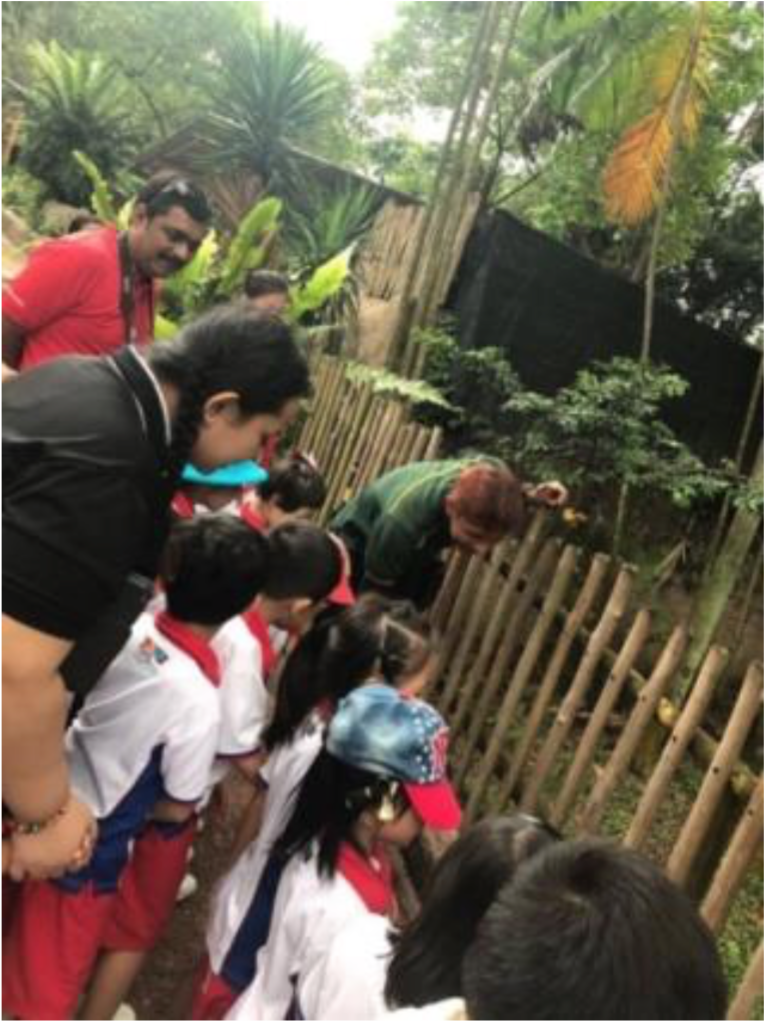 2. Expressing ideas and thoughts about the cassowary

Their works were displayed in the class.


The children worked together to create a class story, "The Crown of the Cassowary". based on their imagination of how the casque on the head of the cassowary came about. Some children drew, some coloured, while others wrote the lines in the story.

3. Sharing about the cassowary

The children shared what they have learnt about the cassowary to various audiences, including their peers, parents, and the public.

(i) Show-and-tell in class

(ii) Interviews with peers and adults


(iii) Sharing at the centre's exhibition